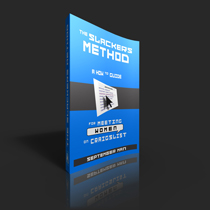 WGNS has ANOTHER update on a man we first told you about this past weekend who has been charged with sexual exploitation of a minor. We have confirmed that 27-year old Matthew Hughes of Knollwood Drive in Murfreesboro was charged with a total of 10-counts of Sexual Exploitation of a Minor after he allegedly went on a date with a woman in Nashville. It was on that date that he allegedly showed the woman, whom he had met on a dating website, pornographic pictures of children that were supposedly on his cell phone. According to the incident report (MPD #13-10039) Hughes then asked the woman to have sex with him and reportedly grabbed her by the throat. The female told authorities that she did have sex with him, but did not know if it should be considered as rape, “due to how afraid she was.”

Woman raped by Dallas man who replied to her Craigslist ad

DALLAS, Ga. -- A Paulding County man faces rape and other charges after responding to a Craigslist advertisement on Monday, May 27.

The suspect, 37-year-old Christopher Smith responded to an ad online, which was posted by a woman advertising her bartending services. Cpl. Ashley Henson said Smith contacted the woman, and told her he wanted to hire her to bartend at his party.

Smith picked the woman up on the evening of the supposed party, but instead of having her bartend, he took her back to his home on Mt. Tabor Church Road and raped her, Henson said.

Read more: Woman raped by Dallas man who replied to her Craigslist ad