Rape, Rape Culture and When a Women Says NO 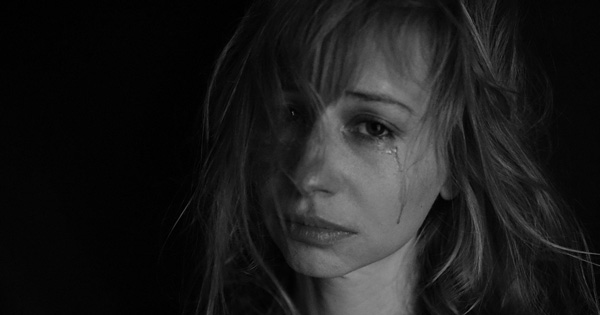 Much has been talked about on the subject of rape. Let me be clear by first telling you that rape is wrong. The only exception that makes it not wrong is when a woman specifically wants it because she has a rape fantasy.

Let's be adult about this and realize there's a subset of women who actually do want this. That is a small minority and the overall population of women do not want to be raped.

It alarms me to surf across the internet and on forums men are openly advocating and promoting rape as if its cool. Now where would men, born of women mothers, gather such an idea? I mean surely they wouldn't want such a horrific act to happen to their mother or sister so why go there?

The answer is simple, Rape Culture and the objectification of women by Hollywood.

I've watched numerous movies over the years where men have viciously assaulted women making it seem glorious, like it's something a real man does. Maybe it's the nice guy speaking but I'm here to say a real man does not. Take a look at the definition of Rape.

Latin rapere was used for "sexually violate," but only very rarely; the usual Latin word being stuprare "to defile, ravish, violate," related to stuprum (n.), literally "disgrace." Meaning "to abduct (a woman), ravish;" also "seduce (a man)" is from early 15c. in English.

Now why are there three dictionary definitions? Normally I would just link to Dictionary.com but one thing you should understand about modern definitions of words is that they have been modified from their original meanings. Sometimes the concise definition conveys originally exactly what's meant. Okay moving on...

Rape means to take by force

As a slacker I'm more in favor of the PUA's Pick-Up Artist methods when it comes to initiating sex with women and this is to plant the seeds and let it be her idea. Sex with a woman is so much better when she wants it with you because its her will wanting the action.

So this means as a slacker I must learn how to, in short trick a woman by using persuasion. Now it is a trick for your skillset to learn when to deploy and basically doing subtle things to influence the outcome in your favor. That's the way I would prefer it and this would be called seduction.

I want a woman to give it to me because she's in the mood and she wants to be satisfied. I don't want it under conditions of duress. Also I do not want a woman to have sex with me because she feels obligated. Have you ever enjoyed doing something out of obligation? I haven't. I've always felt better when it was coming from my heart and because I wanted to.

When it comes to rape, we are shown graphically by Hollywood rape culture but is Hollywood's promotion of it a cover for something bigger that rapes us all from time to time? I'll get to that in a moment. The following Hollywood movies normalize rape.

The Hills Have Eyes

Whether historical fact or fictionalized for context, by normalizing it we are conditioned to condone such behavior. As you can see, what's promoted on the big screen happens in real life. Is this Art imitating life or life imitating art?

And this this tragic story on the BBC 'Mass rape' video on social media shocks Brazil. As you can see this behavior is world wide problem perpetrated by men of all races.

Before closing this out let me advise you as a slacker, in dating, when a woman says NO, she means NO. There are times when a NO means yes but if you are just beginning this may sound confusing and can take some time to understand the difference. You can learn this later! For now lets stick with, when a woman declines your offer for sex by saying NO she means NO, accept it.

Do not fuss, argue or protest, just accept it and leave it alone. Doing so won't be easy but over time it will gradually become better because slackers are cool about things. We don't have time to trip over the small things that would be better served leaving alone or ignoring all together.

Slackers roll with the punches and keep on going. Why?

Because, slackers understand numbers and time are on their side plus we have control over ourselves. This is something you can have, and should be a level of self-mastery you want to achieve. When you can get rejected and still be cool about it, it sends a powerful message to not just the other person but to yourself. It say's I'm cool and I can handle being told no with ease. Only a master of one's emotions can do that.

Earlier I asked the question is Hollywood Rape Culture a cover for something bigger that rapes us all from time to time? You bet ya. The answer to this question is Government. I'll delve more into it in part 3. Before we get there though we must first talk about Man, Men, and Manhood so that will be part 2.