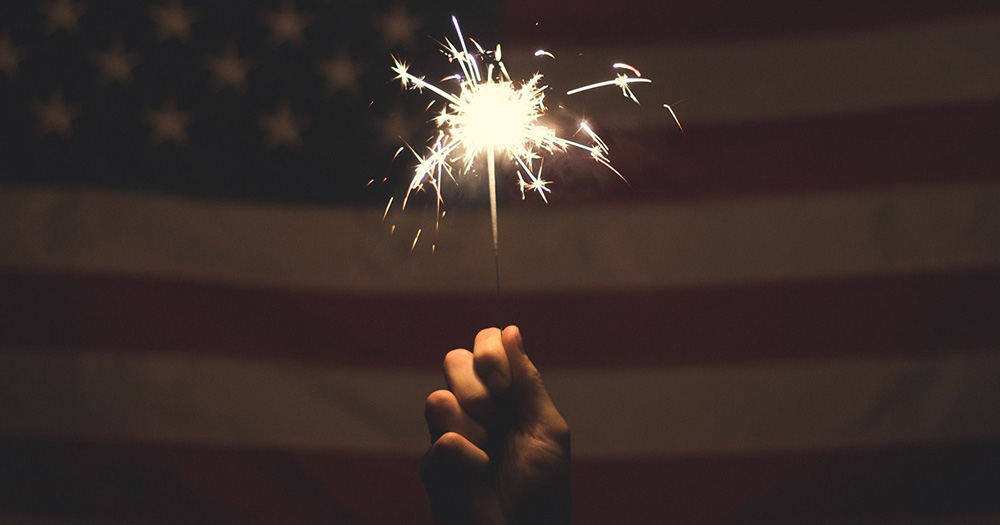 This year we celebrate Independence Day which carries a lot of meaning historically.

Let us not forget about the story's and sacrifices of the brave men and women who united to fight for a common cause.

On this day which carries with it multiple meaning, there's another celebration we should be having that is of equal or greater value and that is Independence from manipulation and the influence of others.

Not all of us are free from it but to those who understand that it's a real force in the world, it's a real challenge to break free from.

There's a battle for the hearts, minds and souls of men and women all across this planet. I'll cite the current pandemic as one such example.

To Mask or Not to Mask?

During the pandemic we were bombarded with messages of social distancing and slowing the spread of covid.

Many of us were forced to comply with the new social norm of face mask wearing. I myself did not wear one nor care to wear one except at work.

There were a few times where I was required due to rules of the business but I also made adjustments to rid myself of having to deal with such businesses where face masks are required.

Whether you believe in covid-19 or not we were all forced to comply in order to satisfy someone else's goal (not our own) of slowing the spread of 'covid'.

I don't believe in covid or the pandemic and you can see here just how I feel about face mask.

Some of us found ourselves in relationships with partners who we either found out believed in the hype or didn't. Some relationships didn't make it, while new one's were forged.

The pandemic made us discover some new values which we either knew or didn't know we had. My point is, this pandemic of 2020 had a little something in it for everyone.

When out and about shopping, I would notice families, couples, and friends all walking around with their face masks on. I typically was one not wearing one.

I would catch stares, double takes, and some would even roll their eyes upon seeing me as if I was out of character for not following along. I even heard a few hisses and jeers as I walked through the aisles freely without one.

When I would enter stores, I was told by personnel at the front to wear my mask. I would reply and tell them 'I'm not wearing one!' and proceed right into the store. One day I did this and the clerk responded back 'Well fine then have your way!'. Then I heard the customers behind me chit chat with the clerk about how these people just think they can do whatever they want.

No one ever stopped me or called the cops.

It was a truly liberating experience to feel free in the midst of sheeple who blindly acquiesed. (There's danger in standing out and we'll talk about that later)

I don't like to use the term 'redpill' as I believe it's been overused in pop culture but let me use it here. If you've swallowed the red pill, you've woken up or at least started to.

Waking up means you begin to question the nature of reality around you. You also are humble enough to realize you don't have all the answers and seek further information.

The people around us friends, family, romantic interest or co-workers are a factor that can exert influence over us for better or worse.

As we grow and our values change so too do our circles, as they should.

The Point I'm Making Here Is

I've grown dissappointed with people and humanity. I know, I know this sounds negative or seems depressing but what's really depressing is realizing that you live in a world where others can be easily influenced to partake in things without thinking or ever questioning what they're being told.

This is a huuuuuuuge problem!!

Parents and grandparents slapped face masks on the their children and grandchildren. Children don't know any better and usually follow in the footsteps of the family leader.

Boyfriends and girlfriends who didn't know any better wore them too. Men following in the footsteps of their woman rather than getting informed and guiding her in the opposite direction is a recipe for destruction.

What this shows me is that the woman is the more influential partner in the relationship.

When I see people out and about complying with face mask dictates and not questioning what they hear from television, this shows me that people can be led to do just anything even if its against their own interest.

This is just my observation and opinion but I feel a man should be at the head of his relationships and household in more ways than financial. He should be gathering intel to make sure his loved one's can make the best informed decisions whenever possible.

Instead what I saw were people watching mainstream news outlets and regurgitating what the tv told them. This is ALARMING!

So while this may be Independence Day for this great nation of ours, theres still much work to be done on an internal level when it comes to our personal independence.

Let us not forget on this Independence Day about our personal independence as we break free from those everyday influences that can influence us for better or worse.

You can start that by burning your face mask today, I already did!

"He that will not apply new remedies must expect new evils; for time is the greatest innovator."
— Francis Bacon